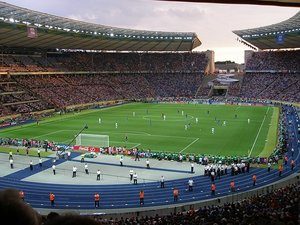 According to the Kremlin, Russia prevented almost twenty five million cyber-attacks during the World Cup this year.

“I expect that your close and constructive interaction will continue and will contribute to ensuring the security of our states and our citizens in the future.”

Given the high-profile nature of the event, it was hardly a surprise that it would be a tempting target.  In a survey by Lastline, in the weeks leading up to the World Cup, a staggering 72 percent of security professionals believed that an attack was likely.

The Russians took the threat seriously.  In addition to beefing up their own security personnel, they also opened a “Cooperation Center” which was staffed by law enforcement officers from 34 different countries.

Some security professionals have cast doubt on the Kremlin’s figures, while others have at least unwillingly admitted that the figures weren’t out of the question.

David Grout (the Southern Europe Technical Director of FireEye) had this to say:

“Vladimir Putin’s statement that government security services have thwarted 25 million cyber-attacks linked to the FIFA World Cup may seem like a surprisingly high number, but not necessarily for those who work in the field.  Every major event, whether sporting, political or otherwise, is likely to attract cyber-attacks.  The 2018 World Cup is no exception.  Before the competition had even started, there was evidence of Phishing attacks.

This included phishing attacks that started several weeks before the tournament and carried on throughout.  These campaigns use several levers such as low-cost ticket offers, the chance to win a trip to Russia, promotions for items related to the World Cup (national team jerseys, mugs featuring players etc.).  The main goal in this type of attack is to recover your banking information and force you to go through with the transaction to get the card number information, expiration date and also CCV.”

Even if the numbers are somewhat inflated, kudos to Russia for their deft handling of the event!