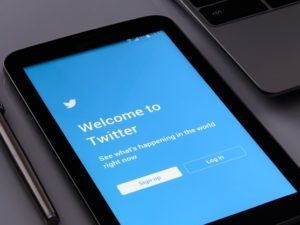 Twitter has long had a reputation for being at the mercy of bots that have been used to sway public discourse and opinion.

Often, these bots are controlled via Twitter API apps that allow the authors to automate most of their actions, such as tweets, follows, and likes.

In the face of Facebook’s recent grilling before congress, Twitter has decided to take a more proactive stance, and has recently announced major changes to their policies.

The first part of the company’s statement to that effect reads as follows:

“Starting today, all new requests for access to Twitter’s standard and premium APIs are required to go through a new individual approval process.”

In addition to the newly announced approval process, the company moved decisively to cut off more than 143,000 apps they deemed to be in violation of the company’s terms of service.

The more robust approval process requires app developers to provide more information about themselves and the ultimate purpose of the apps they design.  Additionally, Twitter has put a hard cap on the number of apps that developers can create and manage, which tops out at ten.  If developers need to run more than that, they’ll need special permission from Twitter, and they’ll have to provide a compelling reason to justify the need.

Beginning September 10th, 2018, the company will be placing additional restrictions on every Twitter App which will control their use rates.

The new rate limits (per app) will be:

300 Tweets and Retweets per hour

The company reserves the right to either remove or further restrict these limits for legitimate reasons.

On top of all that, Twitter has also modified its Twitter API support page to include an option for reporting “bad apps” that break one of the company’s policies.  According to the company, the combined effect of all of these changes should “help cut down on the ability of bad actors to create spam on Twitter via their APIs.”

While it remains to be seen how effective these changes will be, kudos to Twitter for taking action.