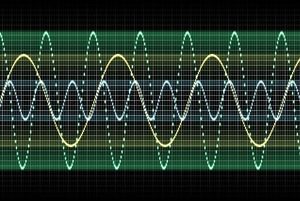 Another week, another attack vector, and this one deserves extra points for creativity.

New research has proved the viability of using something as simple and innocuous as sound waves to disrupt the normal functioning of HDDs, which can be used to sabotage a wide range of equipment from Pcs, to CCTV systems, ATMs and more.

Researchers have toyed with, and been aware of the possibility of using sound waves to disrupt the normal functioning of an HDD for more than a decade, but the most recent research conducted by scientists from Princeton and Purdue universities have outlined exactly how such an attack could be carried out.

The attack exploits a peculiar design feature of HDDs. Because they store large amounts of data on small platters, they’re designed to shut down in the presence of excessive vibration to avoid scratching or damaging the platter, and thus, destroying information on the drive.

If a hacker can determine the optimal attack frequency against a given HDD, then he could play a sound aimed at the drive that would cause it to stop functioning. If the sound were played long enough, it would require the system to be manually restarted to get it working again.

As the researchers demonstrated, finding the optimal attack frequency is a trivial enough task, but it should be noted that this is a fairly exotic type of attack, and not likely to see widespread use.

The biggest threat one would potentially face from such an attack would be the disruption of the functioning of security cameras to create a blind spot at a facility, which could then be physically breached. But given that the tones are within the range of human hearing, anyone in the vicinity could come and investigate.