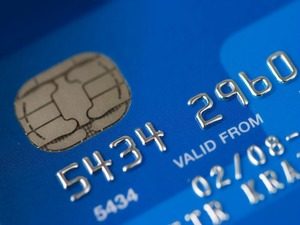 Another week, another data breach, and this time, popular fast food chain Sonic found itself in the crosshairs.

The breach came to light when a Brian Krebs, a journalist for Infosec, spotted a large batch of credit card data for sale on an underground website.

At this point, the company has released no details on how many of their 3600 locations were impacted, or how many customers might have been affected. However, Krebs noted that the cache he saw contained some five million records, which at least gives us some indication as to the scope and scale of the attack.

Given the relative lack of information about the incident so far, the best thing you can do if you frequent any Sonic location is to monitor your credit and debit card statements closely and take advantage of the free credit monitoring service offered.

It’s no great surprise why hackers are so interested in credit card data. Each record sells for between $25 and $50, so that cache of five million records represents a significant payday.

The fear, as pointed out by numerous security experts of late, is that given how easy it has been for hackers to breach company POS systems, the hackers will up the ante and begin introducing ransomware to the payloads they install on these systems.

Without a functioning POS system, business grinds to a complete halt, so the thinking is that most businesses facing this kind of attack would pay the ransom immediately, making the hackers’ payday even sweeter.

While this type of attack hasn’t been seen yet, most experts agree that it’s just a matter of time, making it one more thing to worry about. This is all the more reason to make sure your own POS terminals are as secure as you can possibly make them. You definitely don’t want to be next!