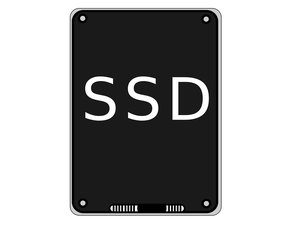 If you’ve been considering swapping out some of your old HDDs to SSDs, now is a great time to do so, thanks to the convergence of two factors.

First is the fact that the manufacturers of SSDs have been  making strides in terms of increasing the capacity of the drives they’re offering. They are doing this while simultaneously offering other enhancements that reduce data duplication, making their products faster and more efficient than their HDD counterparts.

Second is the fact that there is currently a dramatic oversupply of memory chips, which has been allowing SSD manufacturers to lower the prices of the products they’re selling.

According to a recently released report from DRAMeXchange:

“The oversupply will continue in NAND Flash market, where suppliers face the pressure to consume production capacity.”

The company is anticipating that the average price of enterprise PCIe SSDs and SATA SSDs could fall by ten percent or more over the course of the next quarter.  Further, the firm notes that the enterprise SSD market has been growing at a blistering pace.  This year, they expect that the sales of SSDs will top 30 million units, up from less than 20 million just last year, and the company expects a similar rate of growth for at least the next three years.

It seems that businesses of all shapes and sizes are enthusiastically lining up behind SSD technology, and with good reason.  Not only are the prices increasingly attractive, but manufacturers are really going the extra mile by offering a raft of new capabilities, in addition to more overall storage capacity.

Obviously, this convergence of factors won’t be long-lived, so if you’ve been planning to upgrade your equipment, now is the time to do so before the winds change direction and prices start to increase again.