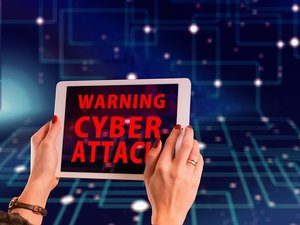 Positive Technologies has just released a new report that paints a grim picture for IT professionals. If your sense is that the number of cyberattacks are increasing, you’re not wrong. In fact, it’s probably worse than you realize.

Individuals were far and away the most frequent target (28 percent), but government agencies came in a reasonably close second (16 percent), with business in the healthcare, finance, and IT sectors rounding out the top five (8 percent, 7 percent, and 5 percent, respectively).

Of the malware deployed against targets this year, spyware was by far the most common, with stealth cryptocurrency mining software not far behind.

“Our research shows that 63 percent of attacks included use of malware. Spyware, in particular, is used most often because it allows obtaining not only personal information and corporate secrets, but credentials for the services and systems needed to attack internal corporate infrastructure.”

Long story short, the prevalence of spyware seen in this report is likely to have cast-off effects in the future. Hackers will gain a sufficient level of access and information, courtesy of their successful spyware attacks, to launch even more harmful attacks against both individuals and government/corporate institutions in the future.

Positive Technologies warns that the number of attacks is likely to continue to escalate, and that there’s no clear end in sight.

The report is dark news if you’re in the digital security business. If your business hasn’t been hit yet, it seems that it’s just a matter of time.