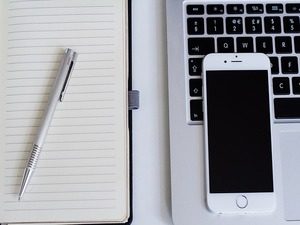 Apple’s new iPhone X is a technological marvel that boasts the best display in the industry today, featuring Super Retina OLED display technology and offering a mind-boggling 1,000,000 to 1 contrast ratio.

Unfortunately, there’s a problem, as revealed by a new support document the company released on the iPhone X. In it, Apples states that users may experience shifts in hue and color, and burn-in with the new display, especially if they maximize the phone’s brightness and keep the same image displayed for long periods of time.

According to the support document itself:

“If you look at an OLED display off-angle, you might notice slight shifts in color and hue. This is a characteristic of OLED and is normal behavior. With extended long-term use, OLED displays can also show slight visual changes. This is also expected behavior and can include ‘image persistence’ or ‘burn-in,’ where the display shows a faint remnant of an image even after a new image appears on the screen. This can occur in more extreme cases such as when the same high contrast image is continuously displayed for prolonged periods of time. We’ve engineered the Super Retina display to be the best in the industry in reducing the effects of OLED ‘burn-in.'”

The company also recommends a simple workaround users can employ to minimize the chances of this occurring. If it’s something you’re concerned about, simply adjust your phone’s brightness as follows:

• Go to Settings, and then into General

• From General, tap Accessibility, and then Display Accommodations

• Adjust to taste from there

Another simple thing you can do would be to set your phone to auto-lock after a shorter period of time. To make changes to that feature:

• From there, select Display & Brightness

• Then, go to Auto Lock and set whatever time period you deem appropriate

While neither of these is perfect solutions, they will certainly get the job done for the overwhelming majority of users.