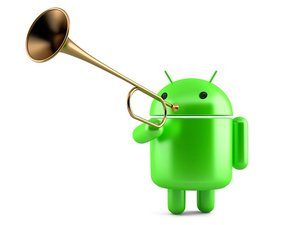 Google has another new product out.  A slimmed down, streamlined version of the Android OS called “Go.”  Unfortunately, it’s release didn’t gather as much press as you’d expect when a new OS is released.  The reason for that is simple.  The new, slimmer, sleeker Android Go was designed for low-end phones with limited storage capacity, which don’t typically get much press either.

Despite the relative lack of fanfare, Android Go is an interesting app that deserves some attention, even if you don’t own a low-end phone.  At first glance, it’s got a lot going for it, although it remains to be seen if users will embrace it and make full use of its capabilities.

The first major noteworthy difference between Go and the standard Android OS is the fact that it doesn’t take up nearly as much space.  Counting the OS itself and the Android default apps, the entire package requires just over 3GB, which is a significant space savings. This makes a real difference on low-end phones, which typically have no more than 8GB of storage to begin with.

Second, it comes with an app called “File Go” that offers users suggestions on files that can be moved to the cloud or safely removed altogether.  Another app known as “Datally” makes tools available to manage how much data other apps on the phone are using, especially helpful for people who have limited data plans.

Third, there’s a special “YouTube Go” version of the standard YouTube app that gives users three different video streaming options: basic, standard, and high quality. This comes with information about how much data each of the three options will eat up.

In addition to those changes, Google has added a special section to its Play Store, highlighting apps that don’t require a lot of space.

Android Go is aimed specifically at users in developing nations, as this is where the highest concentration of low-end smartphones can be found.  As to how successful the new OS will be, only time will tell, but early indications are encouraging.