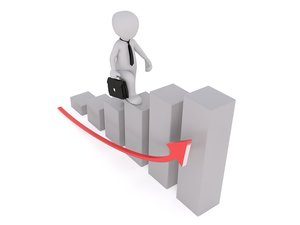 Microsoft’s stock price is surging, putting the company’s total valuation at $753 billion. This makes it the third most valuable company on the planet, behind Amazon (782 billion), Apple ($923 billion) and leaving Google in fourth place, valued at $739 billion.

Google first overtook Microsoft in 2012, and since that time, the two companies have traded places repeatedly. So Microsoft’s current 3rd place position is expected to be relatively short-lived.

It’s worth noting, however, that since Satya Nadella took over for Steve Ballmer, Microsoft’s stock price has more than doubled, the company has moved decisively into some new areas, and has been dramatically refocused.

Some of those changes include:

A big emphasis on cloud-based technologies

A heavy emphasis on artificial intelligence

An emphasis on cross-platform technologies

Even more significantly, the company has veered away from two areas that had long been Microsoft staples.  The company has abandoned efforts to develop a Windows-based smartphone, and has moved away from the strategy of putting Windows at the center of everything Microsoft.

Although Google is likely to regain its #3 market cap position in the near future, Microsoft has some important strategic advantages over both Google and Apple that will serve it well in the long run.  The most significant of these is the fact that it has a much more diverse revenue stream.