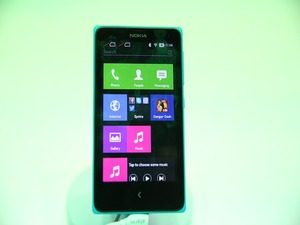 The Windows phone is officially dead, with the announcement from Joe Belfiore that there would be no new feature updates and no further development.

The writing has been on the wall for a while now, with Microsoft gutting its phone division and laying off thousands of employees. But until Belfiore’s announcement, the company hadn’t made it official.

Microsoft was very slow to recognize how big a footprint smartphones would ultimately have on the market, and as such, paid little attention to them when they were first introduced.

Their first serious effort to try and gain a foothold in the market was with the introduction of Windows CE, a “lite” version of Windows that was plagued with problems almost from the start.

The company tried again with Windows 8, which was redesigned with apps specifically in mind.

Unfortunately, it represented too much of a change and was introduced too quickly. The new OS was not well-received.

Windows 10 essentially represented a “do-over”, and to the company’s credit, it was much more well-received than its predecessor. However, by the time the company hit upon something that may have worked, the market was already too mature, and the big players were already too well-entrenched for the company to have a realistic shot at gaining significant ground.

They struggled to get a sufficient number of developers interested in writing apps for their phone, and even if they had, their app store was plagued with problems. Thus, the company’s decision to pull the plug was not terribly surprising.

Mr. Belfiore stressed that the company would continue to support the platform, providing bug fixes and security patches to all those who wish to continue using them, but as the already small user base continues to shrink, it will eventually reach a point where it’s simply no longer financially viable to do even that.