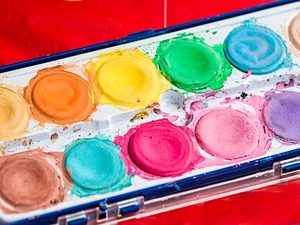 “Paint” is one step closer to being a thing of the past.

In May of this year, Microsoft caught a surprising amount of flak when they announced that the venerable app, which had been included with the OS in every release since 1985, would be going away and replaced by a newer, sleeker version called Paint 3D.

The company had not expected any backlash on the matter and was sent scrambling when tens of thousands of people complained loudly in forums all over the internet.

The company quickly revised its position, explaining that while Paint would no longer come pre-installed on future releases of Windows, it would still be available on Microsoft’s app store. This move seemed to mollify Paint’s surprising number of fans and followers, but now, Microsoft is in the news again over the surprisingly cherished app.

In a recently released Windows 10 Insider Preview, the following message was discovered when accessing Paint: “This version of Paint will soon be replaced with Paint 3D. Classic Paint will then become available in the store.”

Note that this message was not displayed upon opening Paint itself, but rather upon clicking the “Product Alert” button at the top right corner of the app screen.

While the news is certainly no surprise, given the above, the sparse wording of the message does raise the question of whether the transition will be occurring during the next Windows 10 release. So far, the company has not offered any sort of clarification or confirmation.

In any case, we’re now one step closer to saying goodbye to Paint. While it was never a very good image editing program, it has proven to have a surprisingly deep base of support. Support or no, however, the day is soon coming when it will be a thing of the past, unless users go to the store and manually download and install it.