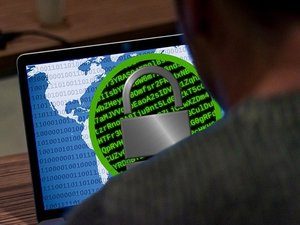 According to a Microsoft security researcher, a massive malware attack attempted to install a cryptocurrency mining software on more than 400,000 computers in less than twelve hours.  The failed campaign is noteworthy because of the attack vector used.  It was a supply chain attack implemented by compromising Bittorrent, a highly popular program used to share and download files.

Until recently, security professionals discounted the very possibility of supply chain attacks, regarding them as highly improbable occurrences.  The sad truth, however, is that they’re becoming increasingly common.  Over the past couple of years, we’ve seen a growing number of them, including CCleaner, which is a popular disk-maintenance program.  A poisoned version of it was delivered to more than two million of the software’s users.

In another supply chain attack, M.E. Doc (a tax and accounting application which is widely used in the Ukraine) was tainted and contained the NotPetya wiper worm, and shut down computers all over the world just last year.

Then there was a collection of Android apps that came preinstalled on phones from not one, but two different manufacturers that allowed hackers unfettered access to the data on those phones.  In fact, this is actually the second time Bittorrent has been hijajcked.  Last year, a tainted version of the client installed ransomware on Macintosh computers around the world.

Fortunately, this latest attack was not successful, although Microsoft researcher reported that Windows Defender blocked more than 400,000 attempts to infect computers between March 1st and March 6th , with the actual Bittorrent infection occurring sometime between February 12 and February 19.  In this instance, the threat was regional, with most of the computers being located in Russia, Turkey, and the Ukraine.

While this was the latest supply chain attack, it certainly won’t be the last. Worst of all, these kinds of attacks are notoriously hard to prevent because updates coming from trusted sources are often installed without question.