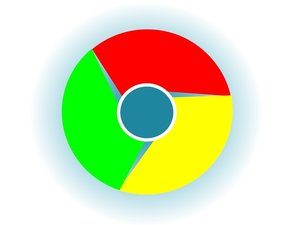 Microsoft has been having some “issues” of late.  It’s April Windows 10 rollout had to be delayed on account of some mysterious BSOD (“Blue Screen of Death”) issues. This month’s rollout is plagued by similar problems, trading the BSOD issues for problems with both “Hey Cortana” and Google’s Chrome browser.

The problem is that when you try to navigate the web using Chrome with the latest Windows 10 update, the entire system will inexplicably hang.  The company is hoping to have a fix ready for release in time for the next “Patch Tuesday” on May 8, but in the meantime, offered the following suggestions to users who are impacted by this issue:

If you’re on a laptop, sometimes (but not always) opening and closing the lid will revive the system.

Failing that, or if you’re not on a laptop, try using the keyboard combination: Win + Ctrl + Shift + B. This activates the “wake screen” sequence.

If you’re on a tablet, press the volume up and volume down buttons at the same time, three times within two seconds. If you hear a short beep, then you know Windows is responsive, and it will attempt to refresh the screen.

If none of the above works for you, then your only other option is to simply reboot the system, which is beyond annoying.  Fortunately, however, it’s only temporary. The company is currently working on a fix (although whether it’s ready by Patch Tuesday remains to be seen).

While this is by no means the kiss of death, it is troubling that the last two updates have had major issues.  Unless the issue is identified and remedied, the company could be facing larger and more pervasive problems in the months ahead.