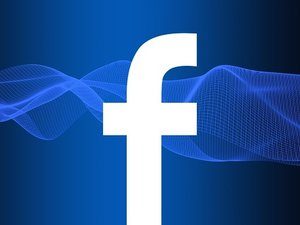 At this year’s F8 Developer’s conference, Facebook announced a raft of changes and updates it will be rolling out later this year.  Some are fun, others practical, but they’re all interesting.  Here are the highlights:

This announcement is interesting. Not so much because the idea of using Facebook to meet someone is new, but because of what the announcement did to the stock prices of existing companies.

The new feature will look and feel a bit like Tinder, with a few important caveats:

Your FaceDate profile will be separate from your Facebook profile

The app will not match you with your existing Facebook friends

Your existing friends will not see, or even know about your FaceDate profile (unless you tell them, of course)

In the wake of the Cambridge Analytica scandal, the company suspended its third-party app review.  That is re-opening starting Tuesday, so by the time you read these words, app review should once again be in full swing.  The major change here is that the company will now require business verification for apps that need access to specialized API’s or extended login permissions.  Apps asking for basic profile information only will not be subject to this new requirement.

A long-anticipated feature addition, the company is taking a cautious approach here.  When the feature is initially rolled out, it will only translate English-Spanish conversations, with additional languages added incrementally.  In addition to the translation feature, the messenger interface will also get some tweaks and improvements.

This one is aimed specifically at the lingering privacy concerns Facebook’s CEO was recently grilled about when he appeared before Congress.  In a bid to increase user privacy, Facebook will now allow its users to see the apps and websites that send Facebook information when in use, and allow users to turn off Facebook’s ability to store that data.  It’s a good first step, but it remains to be seen how helpful it will be in terms of increasing user privacy.  There’s no good way to know that until we get the opportunity to see the new feature in action.

All in all though, a productive conference, with a number of interesting changes ahead.