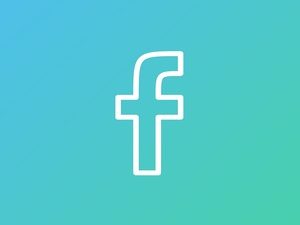 Facebook has been in hot water with evidence mounting that hordes of fake accounts were used to spread misinformation about the recent presidential election.

In addition to sparking congressional hearings, it also prompted Facebook and the other major social media companies to do a deep dive into their own active accounts and get a better sense of just how large and pervasive the problem was.

According to Facebook’s most recent quarterly earnings report, the problem turned out to be a fair bit larger than was first imagined. The company changed their methodology for tracking and identifying fake accounts, which has led to the grim discovery that some 13 percent of the company’s accounts are duplicates, a figure that doesn’t take into account the more than 60 million outright bogus accounts.

According to Facebook’s founder and CEO, Mark Zuckerberg, from in the earnings report: “We’re serious about preventing abuse on our platforms. We’re investing so much in security that it will impact our profitability. Protecting our community is more important than maximizing our profits.”

The problem is going to wind up costing Facebook in a number of ways. First and most obvious, of course, is the unwanted attention caused by the congressional hearings themselves, and the loss of trust it creates on the platform.

More immediately, there’s also the factor addressed directly by Zuckerberg in his statement. The company is spending a ton of money on improving security and rooting out and shutting down duplicate and fake accounts. As he indicated, it’s having an impact on their profitability.

It’s also impacting the company’s ability to generate ad revenue, which, of course, is based on the number of actual users the company can claim are viewing ads. With more than a quarter of a billion duplicate and fake accounts in the system, the network is simply less attractive to advertisers.

There are no simple solutions here, but kudos to Facebook for making significant investments to rein the problem in.