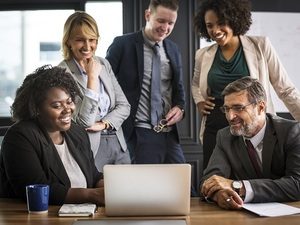 Apple’s Legions of users love FaceTime, but there’s a problem with the highly popular app.  It only allows you to see and talk to one person at a time.  Apple fans have been clamoring for Group FaceTime for almost as long as the app has existed, and soon, they’ll get their wish.

Beginning with iOS 12, Group FaceTime will finally be “a thing,” allowing you to simultaneously talk with up to 31 of your contacts.  Even better, the new functionality will allow you to turn any iMessage group chat into a group FaceTime session, and switch back to iMessage at will.

Don’t want to be on camera in a group setting?  Apple has an answer for that too.  The company has announced that when Group FaceTime is rolled out, you’ll be able to place an Animoji over your face, or apply one of several different photo filters to disguise you. This is because they know that some days, you just might not feel “camera ready.”

At the end of the day, Group FaceTime is probably going to be a lot like tabbed browsing was for many users.  Until you try it, and until it’s readily available, you won’t truly appreciate its value. Once you try it for the first time, it won’t be long before you’re unable to imagine life without it.  It’s a cool, indispensable addition whose time has come.

Kudos to Apple’s loyal fan base for keeping Group FaceTime on the radar, and kudos to Apple itself for finally listening to their customers and giving them what they want.  While we could quibble that they took longer than we’d like to make this feature a reality, in the end, they listened.  That is the essence of business, isn’t it?  Giving your customers what they want.