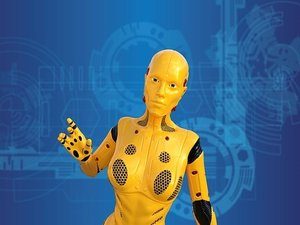 Here’s a statistic that is as disturbing as it is frustrating.  According to the latest “State of the Internet/Security” report for the fourth quarter of 2017, as published by Akamai, bot-traffic accounts for a staggering 43 percent of all login attempts.  As bad as that figure is on its face, it’s far worse for companies in the hospitality industry, where the figure is an almost unbelievable 82 percent.

Although human traffic still dominates the web, bot traffic is rapidly catching up.  According to Akamai’s estimates, not counting streaming video, bot traffic accounts for 30 percent of the total, and that figure increases every year.  In fact, even though bot traffic is still a minority in absolute terms, some industries already see more bot traffic than human traffic.

TicketMaster is a great example of this.  The web’s premier site for purchasing concert tickets online is almost unusable by humans these days, because virtually all of their traffic is bot-driven, with bots often being used to buy every available ticket the moment they become available, so they can be resold later at a hefty premium.

Akamai’s Martin McKeay had this to say about the report: “Increased automation and data mining have caused a massive flood of bot traffic to impact websites and internet services.  Although most of that traffic is useful for internet businesses, cyber-criminals are looking to manipulate the powerful volume of bots for nefarious gains. Enterprises need to watch who is accessing their sites to differentiate actual humans from both legitimate and malicious bots.  Not all web traffic and not all bots are created equal.”

These are wise words, and it bears some consideration.  How much of the traffic coming to your business website on any given day is human?

Used with permission from Article Aggregator